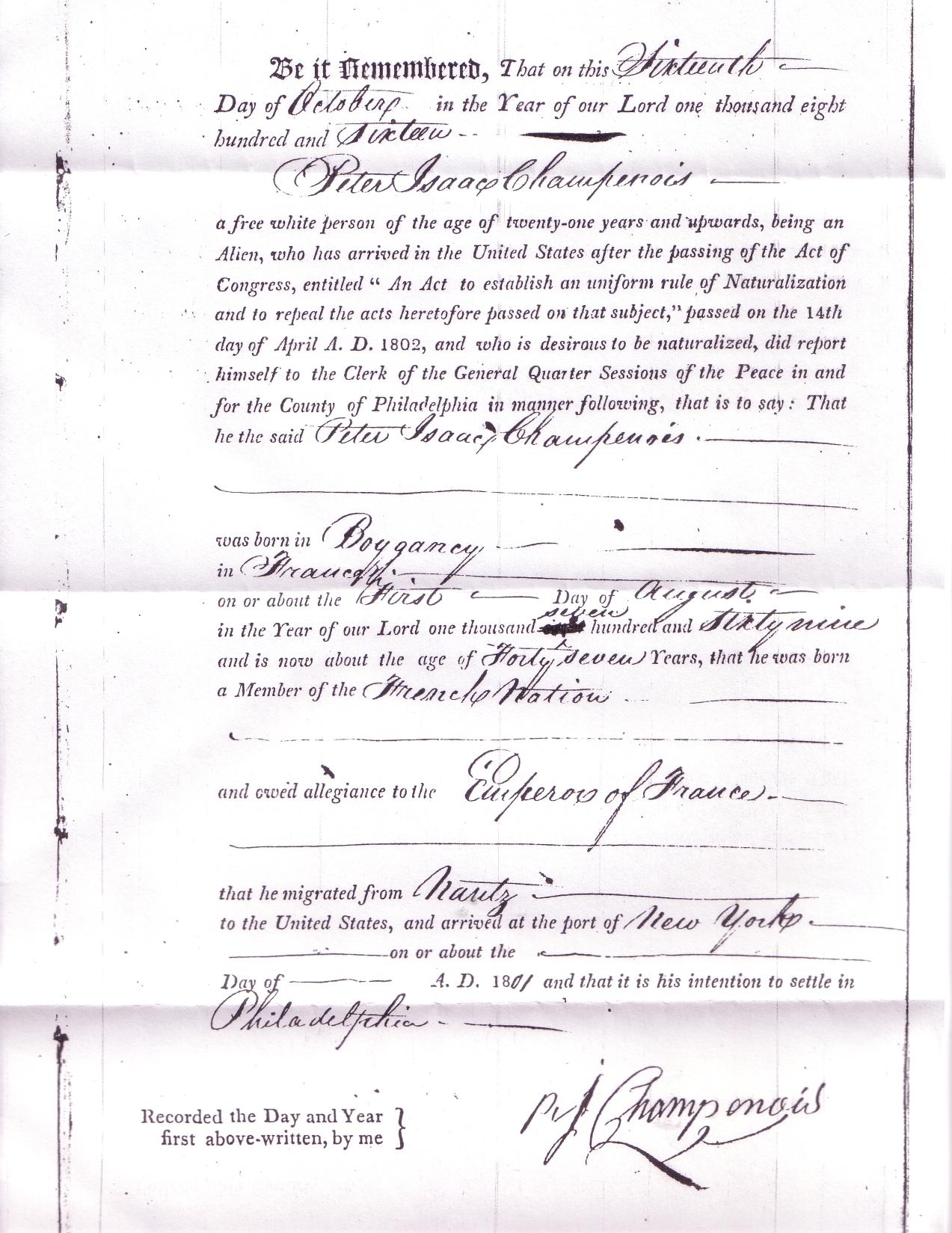 Be it Remembered, That on this Sixteenth
Day of October in the Year of Our Lord One Thousand Eight
Hundred and Sixteen
Peter Isaac Champenois
a free white person of the age of twenty-one years and upwards, being an
Alien, who has arrived in the United States after the passing of the Act of
Congress, entitled "An Act to establish an uniform rule of Naturalization
amd to repeal the acts heretofore passed on that subject", passed on the 14th
day of April A.D. 1802, and who is desirous to be naturalized, did report
himself to the clerk of the General Quarter Sessions of the Peace in and
for the County of Philadelphia in manner following, that is to say: That
he the said Peter Isaac Champenois
was born in Boygancy [Beaugency]
in France
on or about the First day of August
in the Year of our Lord, one thousand seven hundred sixty nine
and is now about the age of Forty seven Years, that he was born
a Member of the French Nation
that he migrated from Nantz [Nantes]
to the United States, and arrived at the port of New York
on or about the [blank]
Day of [blank] A.D. 1801 and that it is his intention to settle in
Philadelphia.

Recorded the Day and Year
first above written, by me